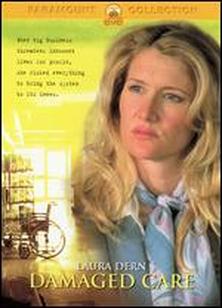 Damaged Care is fact-based drama about the managed care industry. It originally aired on Showtime. Laura Dern co-produced and stars in the film as Dr. Linda Peeno, who gives up her career after earning a medical degree, so that she can take care of her family. Her husband, Doug (James LeGros), is a successful OB/GYN. In 1987, when their children (from previous marriages) have gotten a little older, Linda decides to return to work, and gets a job as a medical reviewer at Humana Health Care. Patient claims that aren't approved by the UR (utilization review) nurses are forwarded to the doctors on the medical review team, who, Linda learns, are expected to rubber-stamp the UR nurses' decisions. Every decision Linda makes to cover a patient's care is questioned, sometimes angrily. The head of the UR department, Cheryl Griffith (Regina King) befriends Linda, and shares her unhappiness with the system. Linda has a crisis of conscience when she gets a call about an emergency heart transplant that needs immediate approval. Pressured by the company, she finds an out in the employer's healthcare booklet, and denies the claim. The patient dies. Eventually, Linda quits Humana (angering Doug), and Cheryl gets her a job at a smaller, non-profit company, Brothers Managed Care. The system is pretty much the same, though, and Linda comes into conflict with the cost-conscious head of the UR nurses, Gemma Coombs (Michelle Clunie). When a nurse (Suki Kaiser) is stricken with a series of crippling strokes, Linda takes a stand against the company to get her the treatment she needs. Eventually, Dr. Linda Peeno gets out of the system, and becomes an outspoken critic of the abuses of the health care industry. Dern's mother, Diane Ladd, and Adam Arkin also appear in the film. 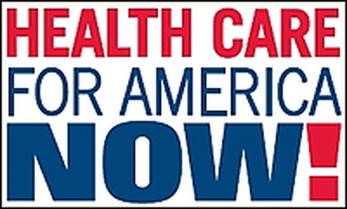 This website is dedicated to the movement of achieving universal health care in the U.S. They hold petitions and campaigns and protests around the world to gain support for their cause. 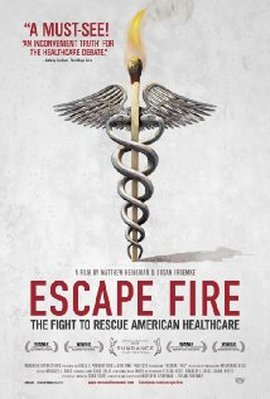 ESCAPE FIRE: The Fight to Rescue American Healthcare tackles one of the most pressing issues of our time: what can be done to save our broken medical system? The film examines the powerful forces trying to maintain the status quo in a medical industry designed for quick fixes rather than prevention, for profit-driven care rather than patient-driven care. After decades of resistance, a movement to bring innovative high-touch, low-cost methods of prevention and healing into our high-tech, costly system is finally gaining ground. ESCAPE FIRE follows dramatic human stories as well as leaders fighting to transform healthcare at the highest levels of medicine, industry, government, and even the US military. The film is about a way out, about saving the health of a nation. 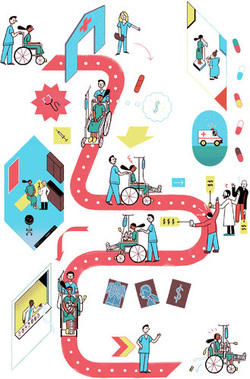 HAVING spent the last year reporting for a series of articles on the high cost of American medicine, I’ve heard it all. There was Fred Abrahams, 77, a skier who had surgery on both ankles for arthritis — one in New York for more than $200,000 and one in New Hampshire for less than $40,000. There was Matthew Landman, 41, billed more than $100,000 for antivenin administered in an E.R. after a small rattlesnake bite. There was Robin Miller, a Florida businessman, who needed to buy an implantable defibrillator for his ill brother, who was uninsured; the machine costs tens of thousands of dollars, but he couldn’t get a price for a make or a model.

Book  The Healing of America: A Global Quest for Better, Cheaper, and Fairer Health Care 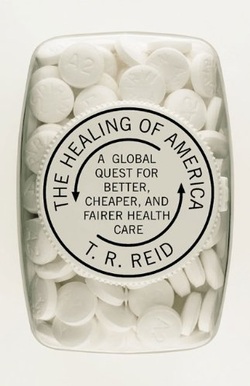 In The Healing of America, New York Times bestselling author T. R. Reid shows how all the other industrialized democracies have achieved something the United States can’t seem to do: provide health care for everybody at a reasonable cost.

In his global quest to find a possible prescription, Reid visits wealthy, free market, industrialized democracies like our own—including France, Germany, Japan, the U.K., and Canada—where he finds inspiration in example. Reid shares evidence from doctors, government officials, health care experts, and patients the world over, finding that foreign health care systems give everybody quality care at an affordable cost. And that dreaded monster “socialized medicine” turns out to be a myth. Many developed countries provide universal coverage with private doctors, private hospitals, and private insurance.

In addition to long-established systems, Reid also studies countries that have carried out major health care reform. The first question facing these countries—and the United States, for that matter—is an ethical issue: Is health care a human right? Most countries have already answered with a resolute yes, leaving the United States in the murky moral backwater with nations we typically think of as far less just than our own.

The Healing of America lays bare the moral question at the heart of our troubled system, dissecting the misleading rhetoric surrounding the health care debate. Reid sees problems elsewhere, too: He finds poorly paid doctors in Japan, endless lines in Canada, mistreated patients in Britain, spartan facilities in France. Still, all the other rich countries operate at a lower cost, produce better health statistics, and cover everybody. In the end, The Healing of America is a good news book: It finds models around the world that Americans can borrow to guarantee health care for everybody who needs it. 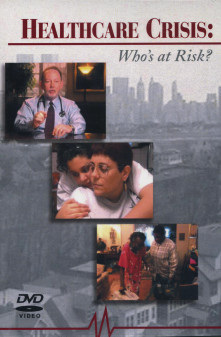 Documentary that explores the human side of the healthcare debate in 2000 U.S. presidential election year. In this assessment of the healthcare system, the special presents case studies of some of the problems related to the current HMO and Medicare systems and the lack of insurance by millions of Americans. 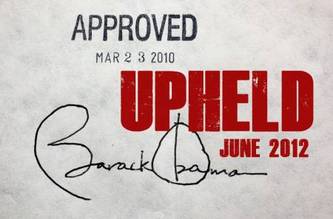 Article  U.S. and UK Health Care - Opposites Can Learn from Each Other 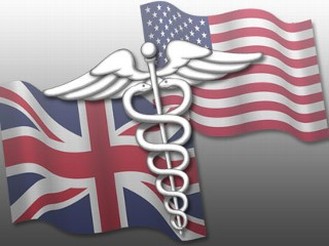 British and American politicians and members of the public persistently look at each other's health care system as examples of what should never happen at home, yet the two nations could learn a great deal from each other as they both set out to reform their medical services, says a policy paper published in today's issue of The Lancet. 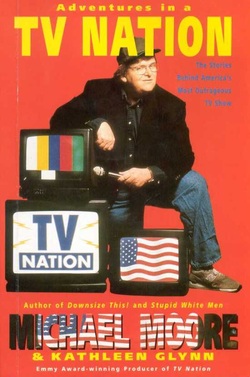 Check out The Health Care Olympics with color commentators Bob Costas and Ahmad Rashad as the U.S. competes with Canada and Cuba in the sport of health care.